One of the hardest parts about writing a near-future novel is keeping ahead of the news, but that’s not always a bad thing. For instance, here’s a news article about an awesome project in Victoria: a massive glasshouse for growing vegetables that will be totally powered by an adjacent wind farm. Extra rehab points for being built on the site of an old gold mine!

Meanwhile, the federal government and the Queensland government appear intent on dropping their dacks for Adani’s Carmichael coal mine — an unconscionable project by any metric you want to apply.

And here I am, with a mosaic novel* set in near-future Queensland (mainly Brisbane) in which the Galilee coal mines feature prominently — as stranded assets, now being converted into, you guessed it, giant greenhouses. (One of the three stories involving Galilee has been selected for the Ecopunk! anthology, coming from Ticonderoga Publications — the TOC looks amazing!)

It’d be really neat to have to rewrite the stories because the governments in question grew some social conscience (and economic nous) and canned the entire idea (I can hear the Asia-Pacific nations who are begging the world to stop building coal-fired power stations from here), but I can’t see that happening.

It’s a bit like the narrative spike I copped when BP (boo! not forgiven for Deepwater Horizon) pulled out of exploration in the Great Australian Bight, only to be replaced by Chevron. And so the battle, and the story, goes on …

* mosaic novel = a fictional work made up of interconnected short stories; the form has many names (composite novel and novel-in-stories are just two of the more common ones, but I prefer mosaic) 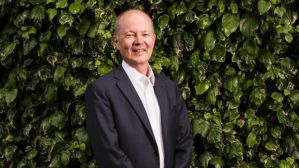 And, about Adani’s proposal for a huge coal mine in the Galilee Basin in Queensland (with their hands out for massive government assistance):

If it is ever built, it will be the biggest subsidised white elephant in the world