Perth singer-songwriter Abbe May blasted onto my radar with 2011’s Design Desire, a rockin’ album, blistering and sexy. So blistering in places I’d quite forgotten its tender, electronic moments that have been further explored on Kiss My Apocalypse.

This album is insanely slinky, sexy, cool. DD‘s bluesy, rock guitars are eschewed for synths and beats: steamy, savvy, invasive… the title track and Karmageddon are the kinds of tunes that you find yourself humming hours after.

Throughout, with the amps down, May’s voice is allowed to roam through her impressive range. It’s pop meets electro meets attitude. There’s even an undertone of flamenco.

Outside the couple of atmospheric bites and minute-and-a-bit F**k/Love, each song carries its own weight on what is a fairly even-tempo collection.

There’s an inner city or inner suburban feel; a sense of melancholy, of waiting, of love on hold or disappointed; of frustration and defiance and a will to overcome. That we will not fall into the cracks in the pavement, we will not go quietly, we will not accept the betrayal and the inadequacies; we will demand respect.

Maybe the message of the album is that, when love lies bleeding, we will rise above. And if not, well, this is a damn fine album to go down to.

Wild ‘n’ arty England four-piece Savages‘ debut, Silence Yourself. If Abbe May is seducing you into the end of the world, then these gals are tearing it down around your ears. There are clear roots to the 80s — Joy Division, Siouxsie Sioux, Bauhaus — but there’s a modern polish, aided in no small measure by the vocals of Jehnny Beth. Getting slammed shouldn’t feel this good, should it?

Yeah Yeah Yeahs‘ newish album Mosquito provides a pleasant mix of textures, none tastier than the title track. Opener ‘Sacrilege’ feels almost like a bridge from previous, electro outing It’s Blitz until the guitar buzz opens up on the way to a gospel conclusion, and the suggestion of Blitz 2 is left behind. ‘Subway’, backed by train-on-sleeper rhythm, shows they can tone it down, too. Eminently listenable, but then, Karen O is, ain’t she?

I helped kick-start Free Dominguez‘s Volcano and the Sea, based on the ear-grabbing awesomeness than is her band Kidneythieves. Alas, the poppy solo outing isn’t quite as grabby, sliding by innocuously and pleasantly enough with plenty of style, but failing to announce its presence. There’s a remix ep that features a cracking KMDFM version of ‘The Wolf’.

Likewise, Helalyn Flowers‘ new album, White Me In Black Me Out, sports a couple of wonderful tracks — the title song’s one of ’em — but too much of this new album from the ’80s-loving Italian electro-goths does too little.

Into that same territory of passing good but unexceptional are The Next Day from David Bowie — extra points for using the word ‘gormless’ in a song — and Depeche Mode, following up the meh of Sounds of the Universe with equally meh Delta Machine. Black Celebration feels like such a long time ago. Oh, crap, it was! 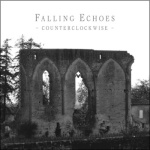 And finally, fresh out in cyberspace, is the debut album from Falling Echoes, being my mate Aaron R Walker of Wretched Villains fame and his mate Cristian Matheson (not to be confused with the writerly son of Richard Matheson, Christian with a h). Those familiar with the Villains’ foot-tapping gloom rock will appreciate this outing, though might miss Peter Green’s axe. The album, Counterclockwise, is a rhythm-led, simmering affair with touches of Cure-like joie de vivre. Ideal for walking home from the station on foggy nights.

Check these out on bandcamp:

Saw King Kong the musical playing at The Regent in Melbourne, and can’t say it did the business. Or perhaps it tried to do too much business.

The titular ginormous gorilla was awesome, worked by puppetry ninjas, with a fetching array of facial expressions. And the lighting, a triumph during the climactic air assault on Kong atop the Empire State Building. Almost drew a tear, too, except the big fella’s death scene was dragged out far past the point of caring.

There was one other scene of note, bodies falling upwards as Kong wreaked devastation on the Big Apple.

And that was one of the problematic scenes, too, bringing to mind the terror attacks of 9/11, the dubious metaphor amplified in quasi religious tones by a mysterious — in terms of, who are you and what are you doing in this story? — but well-played fortune teller.

Trying to retrofit modern allegory to the tale was as effective as combining Lady Gaga bondage dance numbers with 1930s swing. Add a suite of non-memorable songs — Ann Darrow’s lullaby the only one to really make an impression amid all the song-and-dance noise — and it all kind of left me swinging in the breeze, really.

But the gorilla was ace.

Tastier far: the lamb ribs at Ombra are amazing (the plonk’s not that cheap, but), and Father’s Office has a scrummy range of Southern-style dishes. Both highly recommended.

Home again, and happy to say, there is new, somewhat unexpected shiny on the shelf. Salvage won for best novel and ‘Mornington Ride’, from Epilogue, won best short story – the first time one of my shorts has been nominated for an award. Bonus: the actual trophy is very neat, complete with kind of fun typos for those who care to look closely.

Awards aside, Continuum came along at just the right time — the sun’s been hard to find over Wendouree Tor for a few days now, but there was plenty of warmth at Con9.

It was a very busy con, lucky to have knowledgable and personable guests of honour in NK Jemisin (her excellent, challenging guest of honour speech is here) and Paul Collins, and it reminded me yet again just what a sharing, caring, passionate community we have here in spec fic-dom. Good friends are hard to find, the saying goes, but obviously not harking from someone who’s been to a con.

Next year’s Continuum is June 6-9, with Jim C Hines and Ambelin Kwaymullina as guests of honour. I’ve already bought my membership.