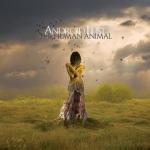 The latest offering from Android Lust, Shikhee’s one-woman outfit fleshed out with a whole bunch of studio and live performance talent, is a slick affair. The edges of in-your-face album The Dividing have been filed off, but there’s plenty of sting in the lyrics and rewarding musicianship to boot.

The Human Animal opens with Intimate Stranger, with a NIN-like build of ominous synths and whispered male vocals, then Shikhee’s trademark siren call kicks in and the song evolves into a synth-laden rocker. The song title is perhaps indicative of what follows: a meditative though not necessarily quiet exploration of the base impulses of the human animal.

There’s an ongoing theme of obsession, lust, self-abasement, love gone awry — nothing new there for this artist — all humming along on the industrial beat with some superb touches: highlights from guitars and violin, heartbeat bass, and some captivating changes of pace.

What gives her music a real edge is her distinctive vocal style — the raw need is obvious, whether in earthy, rasping lows or that soaring, nail-scratching high — and canny phrasing. Saint Over is a good example — fuzz guitar and clever key changes, and a winning lyric: “Tried to show my concern while I thought
About my cat and my laundry”.

It’s not all industrial blur: check the strut and swing of God in the Hole, for instance, and the percussive drive of It’s On You, the quiet keys on the introspective 1minute30 The Return, the jazzy strut and drum break of A New Heaven.

There’s no filler here, each song distinctive within itself, yet fitting the overall feel of the album making it truly cohesive. Suspicions about a remix of God in the Hole closing out the album are laid to rest: it’s a sublime re-imagining, transforming a marching beat to a dirge and putting extra emphasis on the words. Nice.

The Human Animal shows further development, maturation perhaps (it *has* been four years since her last album), of an artist exploring the inner and outer self. It’s an album that triggers the urge to go back and load the stacker with the albums to date — this is the fourth studio LP — to track the ongoing journey of a remarkable talent.

Chrissy Amphlett has a daughter, and she’s Canadian.

That’s what I was thinking on November 20 when we caught Canadian band The Birthday Massacre at The Zoo in Brisbane’s Fortitude Valley.

Their lead singer, Chibi, all of 5’2, looked so cute in her school uniform of white blouse, vest and tartan skirt, complete with pig tails and fringe dangling down to past her nose.

Unlike the venerable singer of the Divinyls, though, she didn’t play the sex card, but rather revealed a malleable face that switched with a blink and a wink from mischievous to innocent. She pranced, thrashed, pointed, shook hands with the crowd… played up to her bandmates … all the stuff you’d expect of an experienced campaigner on the stage. But these kids look so young!

The rest of the band — there were five of ’em — didn’t let her carry the load by herself. Everyone contributed, making lots of eye contact with the audience, exercising their adopted stage persona. Lead guitarist Rainbow was a bit over the top in his grotesque act — I could’ve done without the drooling, but the belting around like a manic thing with its shoes on fire was priceless.

Musically, even allowing for the very ordinary sound and lighting on stage, the band could use a few new tricks. After the hour-and-a-half they played, I felt like I’d heard all they had, more than once, and the one new song they played didn’t suggest any great leaps.

Luckily, what they have is highly listenable: a strong pop aesthetic decorated with electronica and industrial. A killer cover of I Think We’re Alone Now that made me think, for the first time hearing that song, of a stalker. And their stage presence is something that so many of the bland, corporate-alternative Aussie bands could use a good dose of. Get off the mic, move your arse, and stop swearing to provoke a crowd reaction. For all their Goth fashion sense, and their industrial lashings, The Birthday Massacre didn’t swear once that I heard. And I didn’t miss it.

Read my interview with Chibi