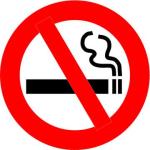 Melbourne’s a great town for dining out — it prides itself on its culinary culture, in fact. Which makes the reason for it to cling to the foul tradition of smoking in al fresco dining areas rather puzzling. Just recently the Monash City Council caved to business pressure and gave up a proposed ban; the businesses were more concerned about losing their smoker market — who would continue to eat out anyway — than attracting the much bigger non-smoker market. A curious piece of business intelligence, but there you go. Old habits — and old smokers, for that matter — die hard. And it looks as if the council will continue to chip away, so good on ’em. But that’s not the point of this here rumination

Rather, it’s to direct your attention to the rather groovy Butterfly Club in South Melbourne. We went there a couple of Sundays ago, not so much for the show, but the decor. How very hipster of us! But seriously, it’s such a lovely venue, long and narrow in an old shop/residence, with a bar downstairs and another up, both with lounging rooms attached, and the most wonderfully squeaky wooden stairs to the loo with a view of who’s waiting in line, and in the front room, the performance space with its fold-down theatre chairs and the most rudimentary of lighting. It’s like having a cabaret in your own lounge room. And everywhere, there is kitsch: old books and here a Robocop action figure and there some island masks, vintage lamps and bits of boats … wonderful stuff.

We chanced upon Christine Moffat, performing Really Nice Day, with able support from a male pianist who had his role to play, and even the audience was dragged into the conceit. It was a lovely kidnap tale with a healthy dose of psycho, interspersed with musical numbers that helped move the narrative along. I’ll never listen to ‘Dream a Little Dream of Me’ in quite the same way again!

Anyhoo, after the show we had dinner around the corner at the Groove Train (with Butterfly Club discount, no less), which probably isn’t up there on the city’s fine dining guide but ain’t to be sneezed at (billowing clouds of nicotine notwithstanding) for a filling well-priced meal, and then — penguins!

One benefit of daylight saving is you can have your 6pm show and a meal and still get to St Kilda by twilight. Twas a chill little breeze plucking at our coats and the sea was a metallic cobalt colour when we got there, kind of grateful we hadn’t tried to squeeze into the crowded beachside eateries — especially the one with Eddie Maguire bellowing at people to come eat their entrees over the PA. Yikes!

No, much better the slow walk along the jetty and out to the rock wall, where some intrepid little penguins (formerly known as fairy penguins) had braved the city side of the protective mesh fence. There’s a rookery out there, amazing given the proximity to smelly old humanity with its dogs and lower order specimens who have, in the past, delighted in destroying little penguins (hence the fence).

Home is where the heart is, or it’s wherever you lay your hat. I think it goes deeper than either of those aphorisms, certainly the latter. It’s something that’s been on my mind lately, now that I’m looking down the barrel at my third move in 12 months.

So when I went to La Mama Theatre’s production of The Flood the other night, I found myself plunged into the theme.

This was my first outing to La Mama, and what a wonderful theatre it is. The entrance is in a courtyard reached from an alley, with a plumbed thunderbox standing at the gate like a sentry box. There’s a wee bar on the porch with quite reasonable wine, and plunger coffee if you’re quick.

Inside, the theatre is the size of a lounge room. Quite possibly it was, once. It gives enough space for a couple of rows of seats along two walls. We sat in the front and our feet were touching the props. It’s what a real estate agent might call intimate.

The set design for The Flood was superb. A two-seater lounge buried in domestic detritus so only one person could sit on it with any comfort. Piles of magazines turning the floor into a maze. Lamps added to the minefield. The walls of the set were of timber and mesh, evoking the image of a country fly screen, with painted dark foliage backdrops. Lighting and sound effects were admirable for creating mood with the minimum of fuss, such as dawn’s soft light and the morning song of birds.

It was not bucolic.

Set on an isolated, dilapidated homestead, the story concerned an ageing mother and her two adult daughters coming to terms with the truth of the absent father’s role in their lives, and their reaction to it.

One sister, Cathy, is returned from London after living abroad for more than a decade. The other, Dorothy, has manned the post, propped up by alcohol now that her husband has abandoned her, caring for their mother who is flirting with the border of senility. The sheep have been sold, the dogs have been given away. It is the sense of home and duty that keeps mother and daughter there.

Rising floodwaters mean Cathy is stuck in the house, unable to take her room at the motel in town. Thus begins the atmosphere of entrapment, enhanced by the cage-like, restrictive set, as the three women thrust and parry about the past, and their future.

More than once, Cathy proclaims her interest in the station as being her home. She was happy there, she says, though Dorothy disagrees, pointing out that Cathy’s memories of a rural childhood are rose-coloured.

It’s a tense little play, nothing too complicated, leavened with deadpan, dry Aussie humour, and the actors are each superb within their roles and utterly believable. Even the weather got in on the act, providing mood rain.

And it got me thinking. What is it about ‘home’ that keeps us coming back, even when the home itself is gone? How long does it take to make a home, and is it a function of people, place or both? Can you have more than one? And how do you know that you’ve found it, or is it only when you lose it that you realise you had it?